Honestly, there is no bad time to visit this Central American country. It all depends on what you want to see and do, and also on your budget and weather preferences.

In this guide on the best time to visit Costa Rica, I will give you a month-by-month breakdown to help you plan your Costa Rica vacation.

A Bit About Costa Rica 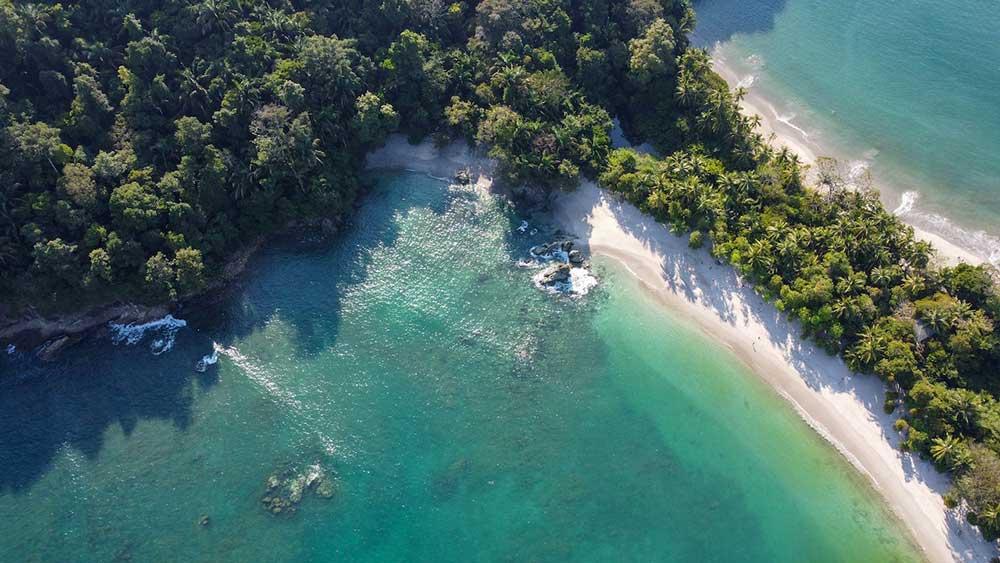 With San José as its capital, Costa Rica is a Central American country with no standing army. The country has one of the highest literacy rates in the western hemisphere, and it is often considered Central America’s intellectual nucleus.

Geographically, the country borders the Pacific Ocean to the west and the Caribbean Sea to the east and has a year-round tropical climate.

About a third of the nation’s landscape is covered by dense evergreen forest, which is home to incredible biodiversity.

Costa Rica is Central America’s most-visited country. While Spanish is the main language there, many Ticos (locals) can speak English.

If you want to enjoy warm weather, clear skies, beautiful beaches, and wildlife, visit Costa Rica during the peak tourist season or the dry season (December to April).

If you want to enjoy low crowds, limited rainfall, plenty of sunlight & greenery, and wildlife, visit Costa Rica during the hedge months of May to August.

For water adventures and lush greenery, visit Costa Rica during the peak rainy months of September and October or the shoulder period of November to the middle of December.

The Climate in Costa Rica

Costa Rica has only two seasons – the dry season (December to April) and the green season or rainy season (May to November).

The transition period between the dry and green seasons is known as the hedge or shoulder season which includes May through August and November to mid-December.

Green Season or Rainy Season: The minimum temperature is 23°C to 24°C and the maximum can range between 30°C and 32°C. Rainfall in the rainy season is between 119 mm and 362 mm. September and October are the rainiest months.

What is the Best Month to Visit Costa Rica

Here is a month-by-month breakdown of the best time to visit Costa Rica: 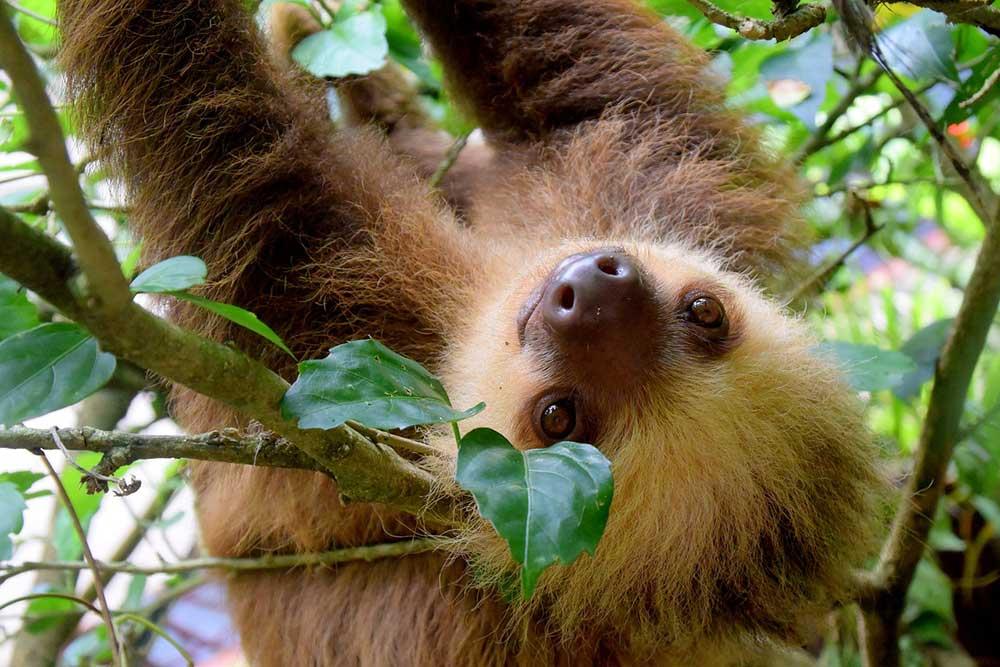 January marks the first true dry month in the country. The weather is great and it remains crowded because the Christmas and New Year crowd continues to linger.

The landscape remains lush green because of the recent green season, but the skies remain clear and the beaches are warm and sunny. This attracts more tourists, putting January in the peak travel season with high prices. 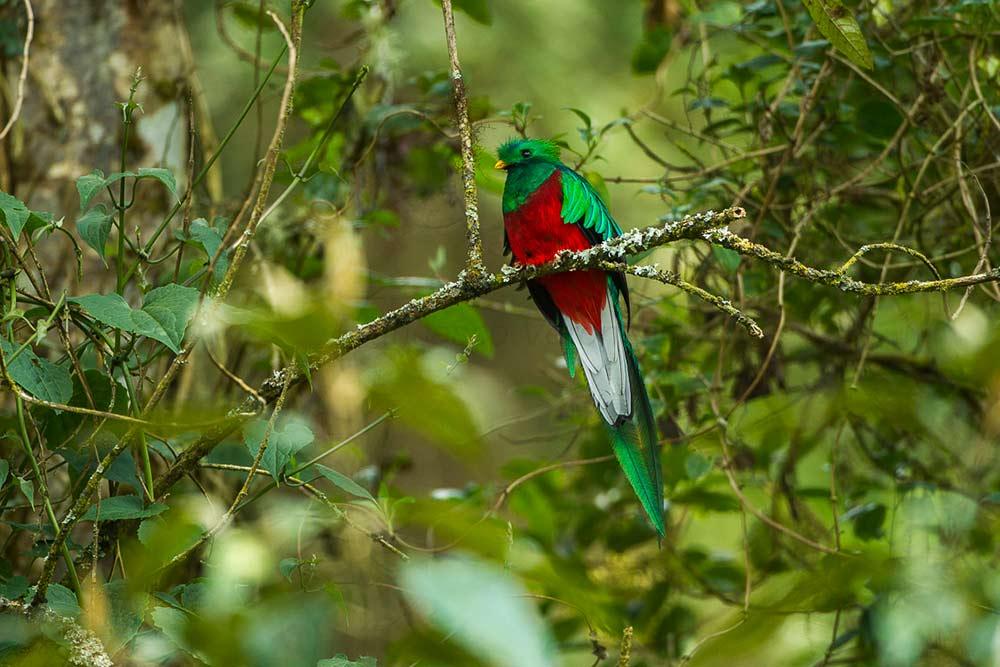 The Central Valley and the Pacific beaches of Costa Rica come to life in February. With almost no rain in the central and western regions, it is a peak season to enjoy hot and sunny weather – a perfect getaway for those who want to beat the winter chill.

However, you can expect showers in the afternoon, evening, and sometimes, overnight. The Caribbean side, however, gets more rainfall in February, but still has plenty of sunlight.

The Osa Peninsula is mostly the focal point because February marks the beginning of the nesting season of the Quetzales. 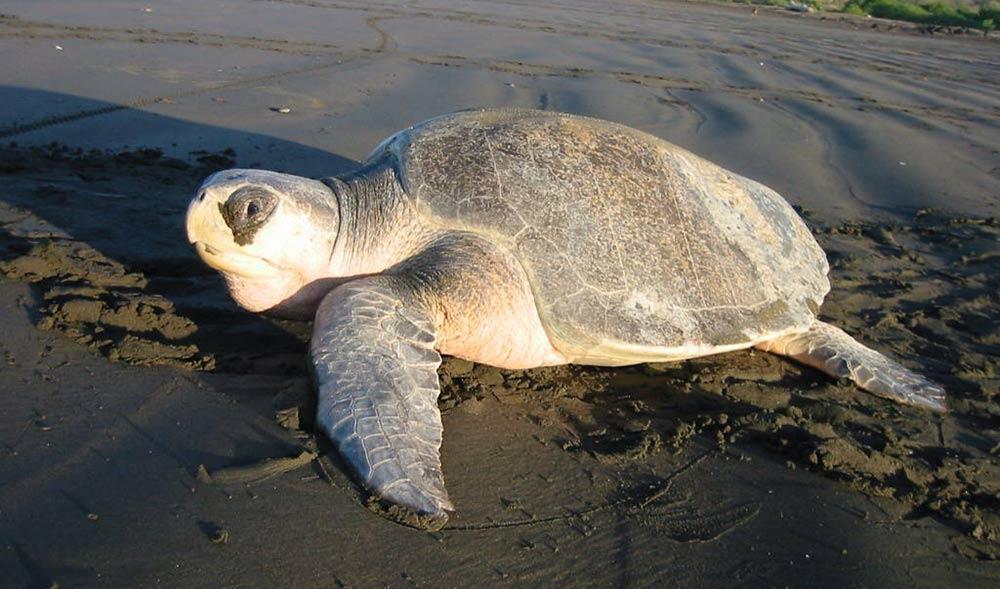 In March, Costa Rica sees a heavy tourist influx because of spring break in the US. Student groups and families come here to enjoy the dry season with very little rain, plenty of sunlight, and an overall drier climate.

In Guanacaste, you can see small forest fires but colorful flowering trees are popular in other regions.

Wildlife watching remains the main focus on both the Caribbean and the Pacific coasts.

While the Caribbean coast is popular for both humpback whales and hawksbill & leatherback turtles, the Pacific coast is where you can enjoy watching hawksbill, leatherback, and ridley turtles. 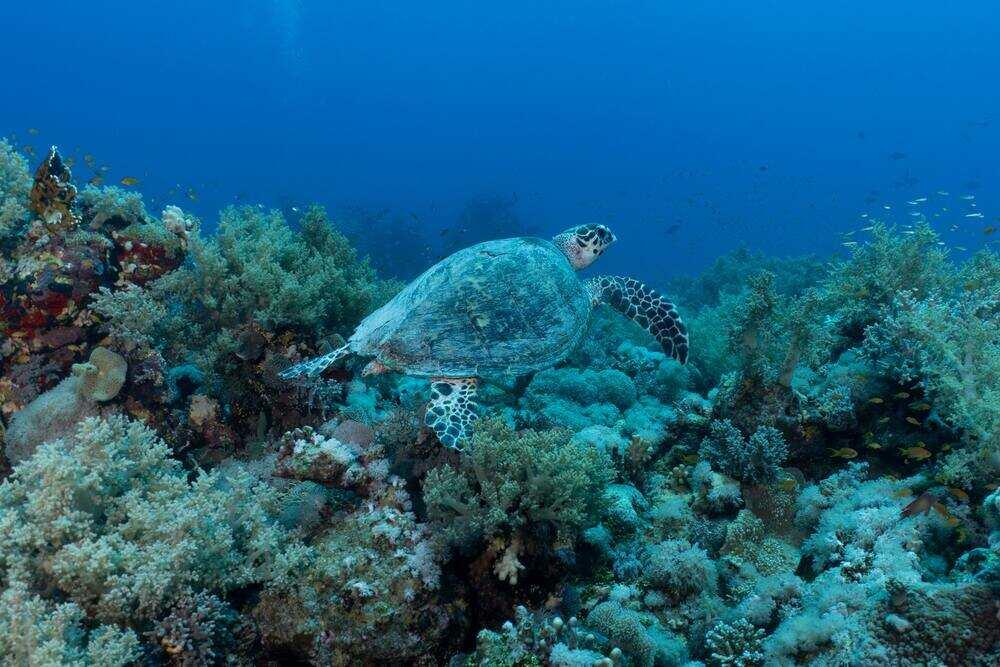 April marks the end of the Costa Rican dry season or high season. You can still enjoy gorgeous weather and sunny mornings.

Beaches are hot and sunny while the central valley where you find San Jose and the mountainous areas is a bit cooler.

In the northwest Guanacaste region, the forest will look more like a desert. The Northern Pacific coast will also lose some green sparkle by now, but you can still enjoy clear skies.

If you are interested, hawksbill and olive & green sea turtles are still there on the Pacific coast while the Caribbean coast still has hawkbill and leatherback turtles.

Some spring break travelers may still be lingering around, but if Easter falls in April, there will be a tourist spike.

Visiting Costa Rica in May 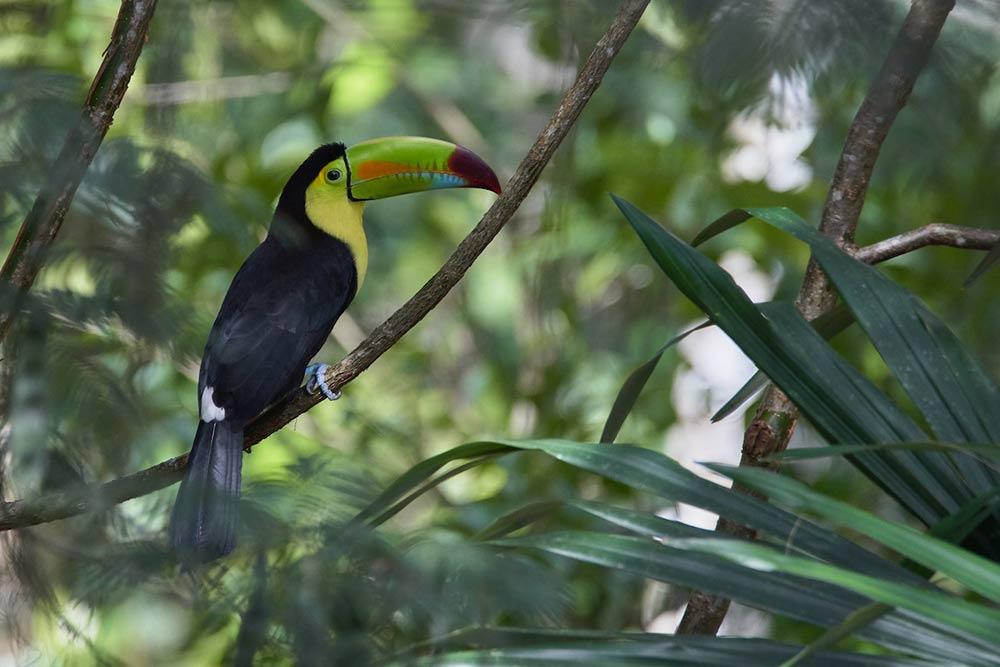 May marks the end of Costa Rica’s dry season and the beginning of the green season. Rain picks up and the weather becomes unpredictable.

This is when crowds thin out and prices start dropping, making it a perfect shoulder month to visit the much quieter national parks where you can spend longer watching and photographing Costa Rica’s wildlife. 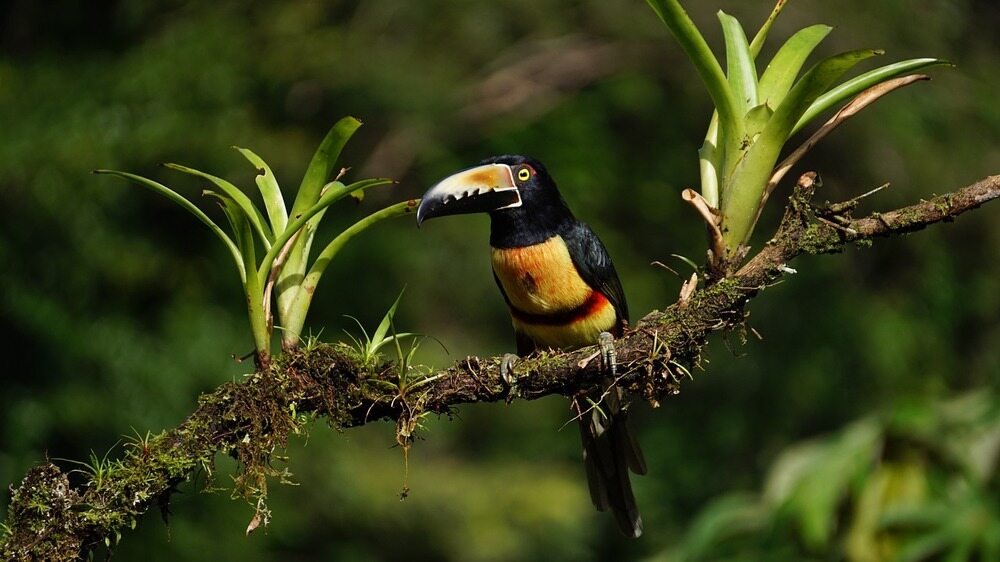 June is yet another shoulder month where afternoon, evening, and overnight rain showers are common. However, you can enjoy plenty of sunshine in the morning, and the tropical dry forests spring back to life.

Because of summer vacation in Europe and America, there is a short surge in tourism in this tropical country at this time of the year. Even Costa Ricans travel across the country during June.

July is when you can enjoy the ‘little summer’ (locally known as veranillo). This is a short duration when there is a sharp decline in rainfall in the northern Pacific for about 3-4 weeks.

Though the temperature won’t be as high as in the summer months, you can enjoy hot sunny days with endless sunshine and breathtaking sunsets during veranillo, which can occur between mid to late July and early August. 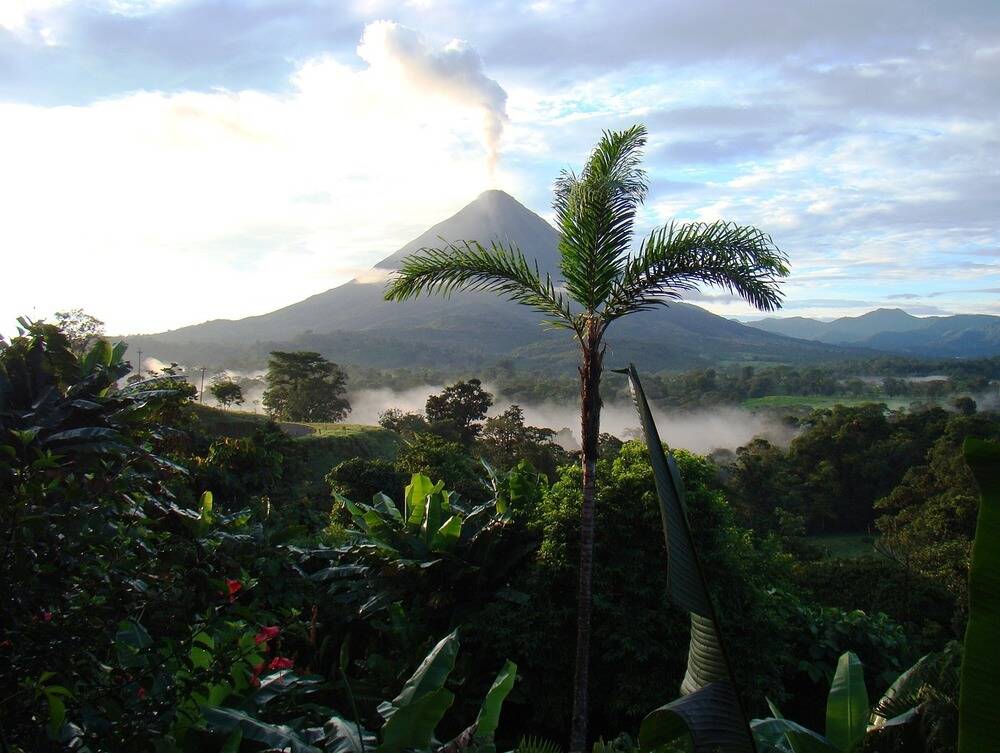 Though in the middle of the rainy season, there can be some lull in the rain because of veranillo in early August.

August is one of the rainy months when there can be a small surge in both national and international tourists. Still, August is quieter, making it ideal for honeymooners looking for a more relaxed vacation. 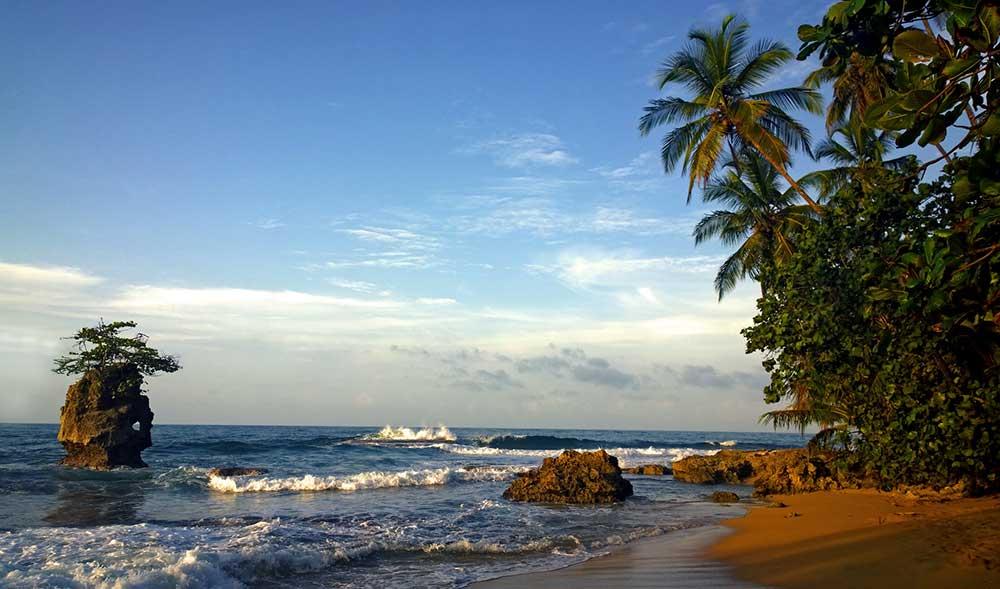 September is one of the rainiest months, specifically through the mountain ranges and the western side. However, mornings are still ideal for outdoor activities but you can expect heavy showers later in the day.

In the southern Pacific coastal areas and the Osa Peninsula, tourism activities are suspended until Thanksgiving. However, the Caribbean side will have clear weather, especially on southern Atlantic beaches like Manzanillo, Puerto Viejo, and Cahuita. 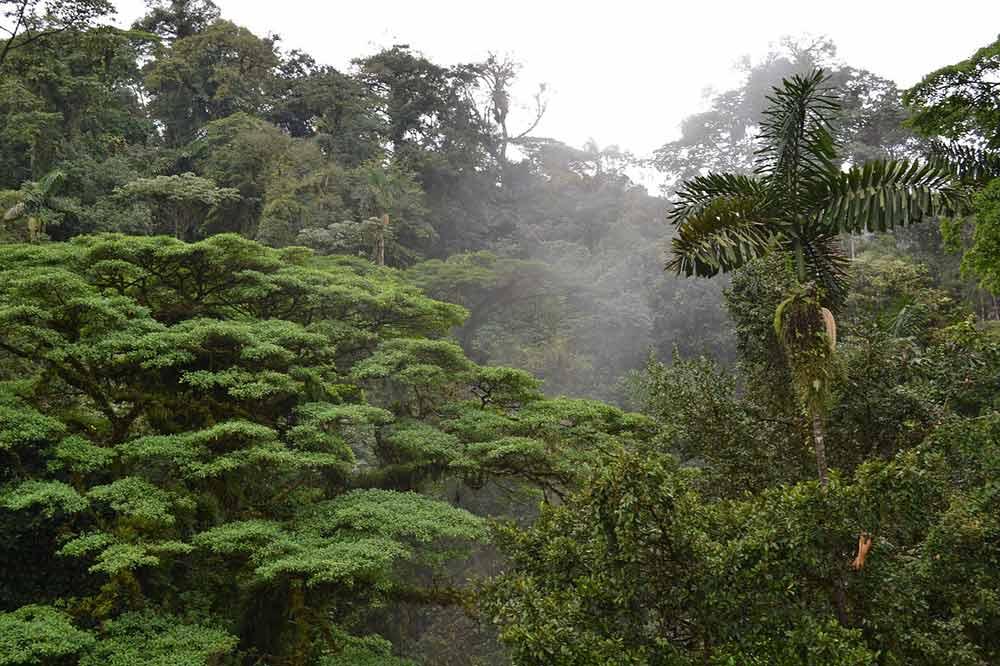 October is also one of the rainiest months, but along with September, it is also the best of the green season where wildlife spotting gains focus and the rain forests are at their greenest.

Because of heavy rain, there are fewer tourists, but both September and October are popular among surfers, particularly the Tamarindo beach.

The Caribbean coast has less rain now, making it a great place to escape during the rainy days of October. However, if you don’t mind the rain, you can have the central mountains and the whole Pacific side to yourself – great for honeymoon vacations. 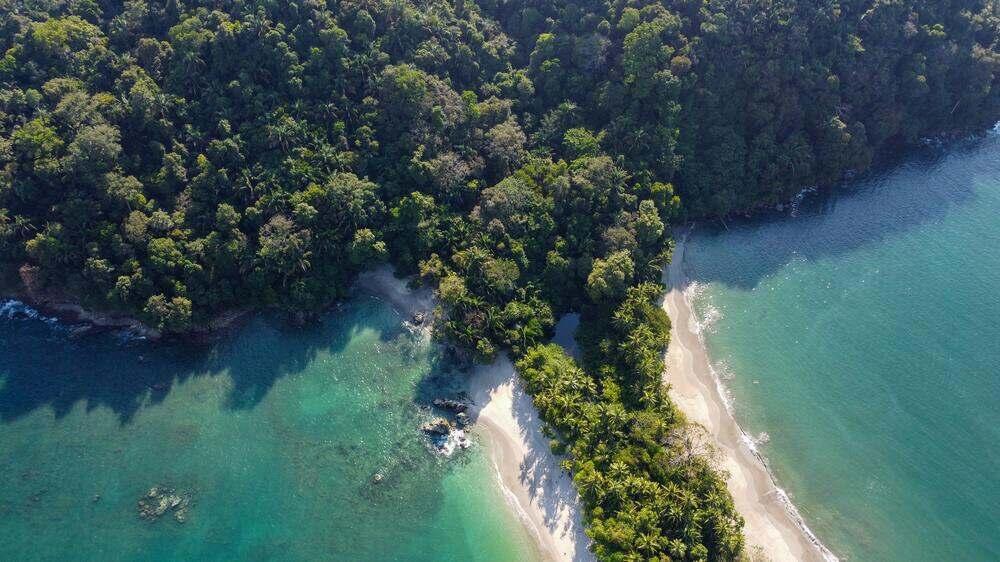 The beginning of November will still have significant rainfall. However, sunny mornings will become common with afternoons or evenings experiencing short durations of heavy rain till mid-November.

By late November, the peak season will set in because of the Thanksgiving holidays in the US. You will no longer enjoy cheap prices. 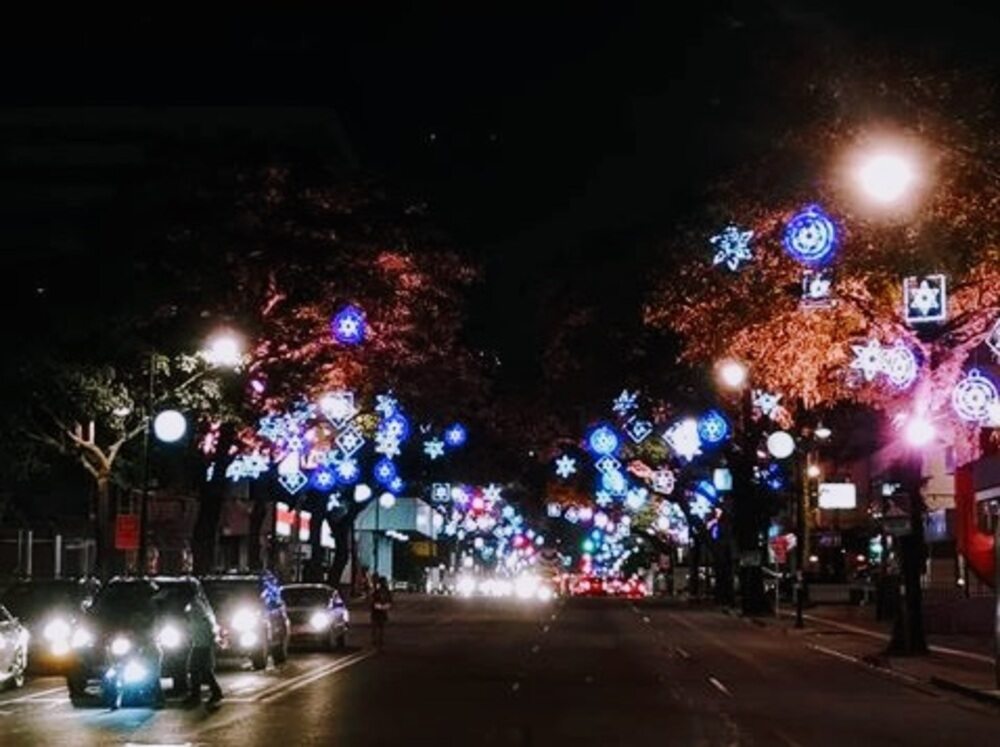 In early December, the weather remains a bit unpredictable but the Christmas winds or vientos navideños bring a crisp freshness to the central valley.

Till mid-December, it is still quiet, but the crowd starts pouring in during the week leading up to Christmas. This is when the high season sets in and hotel prices shoot up.

The Best Time to Visit Costa Rica for Water Activities 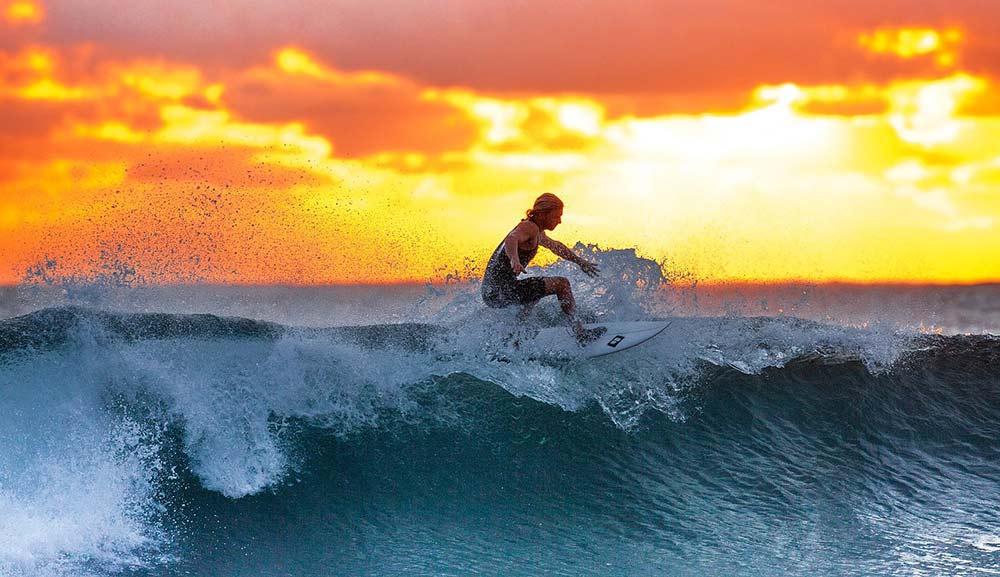 The green season is usually the best time to enjoy water activities in Costa Rica. Playa Hermosa and Playa Tamarindo are the best surfing beaches.

For river water adventures, head over to the San Juan River and Lake Nicaragua. If you are a diving enthusiast, Manzanillo is a famous spot where you can see the reef system.

The Best Time to Visit Costa Rica to Avoid Crowds

Avoid the high season (aka the dry season) between mid-December and mid-April. The crowd thins out from mid-April, especially after Semana Santa (Easter Week).

To avoid crowds, visit after mid-April or during the shoulder months of May to August and November to mid-December. 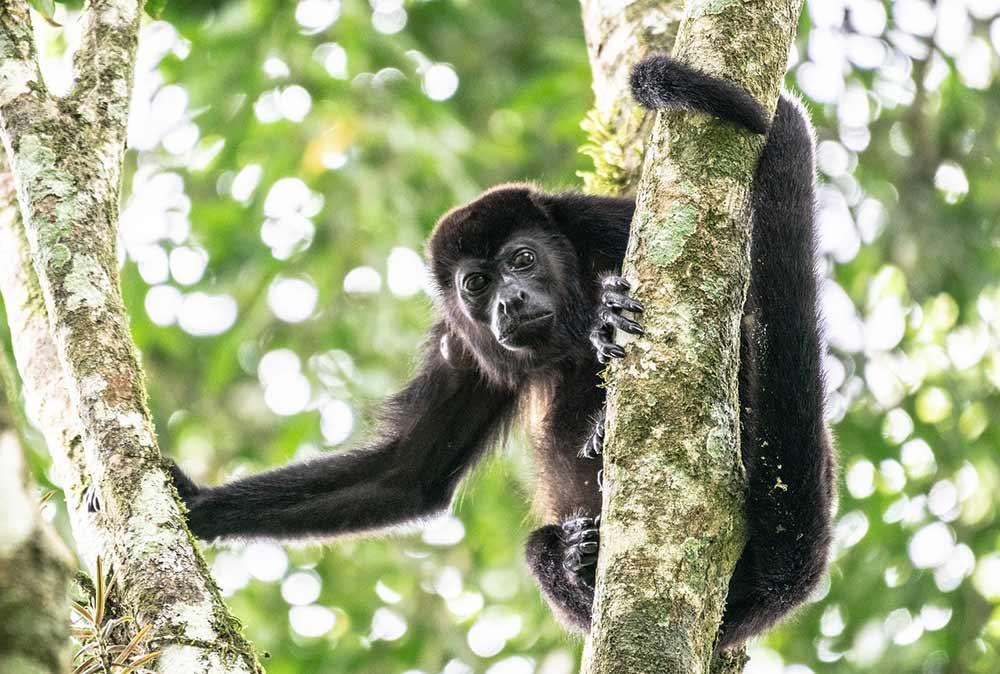 The natural beauty of Costa Rica increases when the green season or the rainy season aka the low season (including the hedge months of May through August) sets in or just after the rainy season.

Popular national parks like Rincón de la Vieja, Monteverde National park, Corcovado National Park, etc. will give you the scope to see lush greenery and uninterrupted views of incredibly diverse fauna including insects, sloths, primates, and birds between May and August.

The Tortuguero National Park is where you can see the nesting ridley sea turtles and hawksbill turtles between July and October, while the leatherback turtles can be seen there between March and May.

However, the dry season is the best for wildlife spotting because animals have less vegetation for camouflage.

The Overall Best Time to Travel to Costa Rica

While many consider the dry season or the peak season to be the best time to visit this country in Central America, I personally feel that the hedge or the shoulder months (May through August and November through mid-December) are the best.

These are the months when it is not too hot & dry and neither is it too rainy to impede outdoor activities. You can enjoy nature in its full glory and engage in wildlife watching and photography.

What is the best time to visit Costa Rica on a budget?

The best time to visit Costa Rica on a budget is the low season which usually includes the shoulder months and peak rainy months. This is when prices are at their lowest for hotels and guided tours.

What is the best time to visit Costa Rica for honeymooners?

August, September, and October are the best times for honeymooners because this is when the crowd is minimal. But since September and October are the rainiest months, there can be tour disruptions because of extremely muddy roads and some landslides. Other good times to consider include May to July and November to mid-December.

The perfect time to visit Costa Rica depends on your personal preferences. Peak season is great if you want plenty of sunlight and don’t mind the crowd. However, this is the best time for enjoying wildlife watching.

For smaller budgets consider the shoulder or hedge months of May through August when prices drop. There is limited rainfall and greenery starts getting back. It is still a great time to enjoy the nation’s diverse fauna.

The peak rainy months of September and October are great for water activities and enjoying the greenery. Spotting wildlife can be difficult though.

No matter what your plan is, Costa Rica is a beautiful and exciting country to visit. I hope this article on the best time to visit Costa Rica has helped with your travel plans.

Have an amazing trip. 🙂 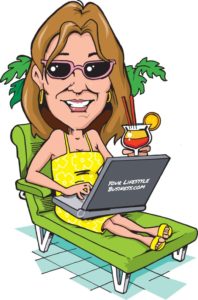 Disclaimer: Please note this post may contain affiliate links, from which, at no additional cost to you, I may earn a small commission. I only recommend products and services I’ve used or would use myself. If you choose to purchase from any of my links, thanks so much for your support! 😊

Top 10 Very Best Things to Do in Costa Rica